About TPU > Latest News > Many happy returns: Sockeye come home to Cushman for the first time in 90 years
Categories

Many happy returns: Sockeye come home to Cushman for the first time in 90 years 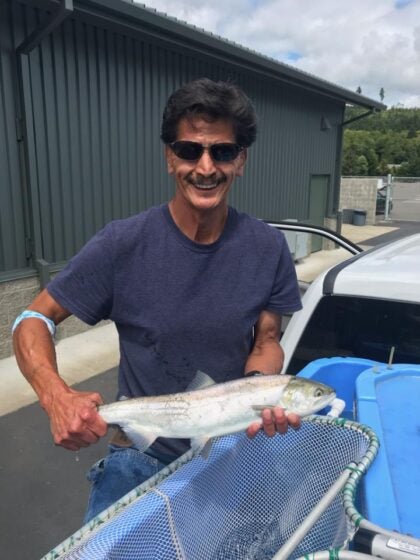 July 7, 2020, was a day to mark on the calendar for our Cushman fisheries program: our first-ever sockeye returned home!

“We have been patiently waiting since we released our first sockeye into Lake Cushman four years ago,” said Cushman Fish Facilities Manager Andrew Ollenburg. “When I heard the exciting news, I was buzzing – it was super awesome.”

All the electricity Tacoma Power generates comes from clean, renewable hydropower. The Cushman Hydroelectric Project provides electricity via two dams and three powerhouses. However, when the dams were built, they impacted the river and the natural environment.

As part of our federal license to operate the dams, we invested in two hatcheries, adult and juvenile collection facilities, and enhanced fish and habitat monitoring and evaluation programs.

“That fish doesn’t just represent our first sockeye return, that fish is the first one that has touched every Cushman facility,” Andrew said. “Starting at the hatchery, to Lake Cushman, to our juvenile fish collector, to being trucked down to our sorting facility, being sent out into the river via our release tube, returning from the ocean, navigating over Little Falls and ending up in our adult trap, being brought back up to the sorting facility via our tram, then being trucked over to our hatchery. That fish completed the full cycle.”

Our release goal for sockeye is 2,000,000 each year, but obtaining the eggs has been a challenge.

“Puget Sound Energy’s Baker Lake stock provides us with the eggs, but, due to scarcity issues, they have only been able to provide 250,000 to 500,000 eggs per year, and this year they won’t be able to provide any,” Andrew said. “They are our only option – no other basin that has a large-enough run that could spare any. Thankfully, we had 127 fish return, about half of which are female, so we should have roughly 100,000 eggs.”

The sockeye hatchery has an ultramodern computer-controlled chiller system that enables us to thermally mark sockeye via their otolith bone, located in the ear.

“We don’t know of any other hatchery that has the same level of automated control to mark groups at these granular levels, so our partners are excited to see the data we collect,” Andrew said. “We work in conjunction with the Skokomish Indian Tribe, Puget Sound Energy, natural resource agencies and other stakeholders. These relationships are extremely important to us and to the program’s success.”

Setting up for success

Determining which test groups have the highest survival rates will take time and patience.

“We should have enough data within about five years to know how to set our fish up for the best possible success,” Andrew said.

Andrew says it’s important to remember our role in the basin.

“We don’t decide who gets to fish for what, where, or when – those decisions are made by the Tribes and the Washington Department of Fish and Wildlife,” Andrew said. “Our goal is to be a responsible steward of the environment by reintroducing and restoring fish populations, and this sockeye return is another huge leap toward making that happen.” 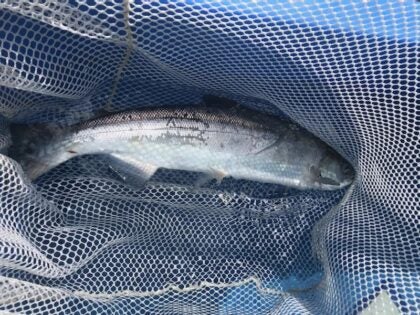